Winters College Banner
History
Winters College, known for its art program affiliation, is the third college established on the York University Keele Campus. Its founder, The Honourable Robert H. Winters played a vital role in its existence and its name sake. Robert H. Winters was a man of much experience by the time he made it to York University. His efforts and contributions to the school aided in raising enough funds to purchase and build both campuses that make up York University. Also, he helped acquire many of the art pieces that are displayed on the Keele campus. This is why Winters College is affiliated with the arts.

The Winters College banner, displayed to the right, was designed by Kenneth Lochead in 1968. Its colour and design was influenced by a summer workshop that he attended with Clement Greenberg in the year 1962. This banner is carried with pride at inter-college meets, orientation and convocation, where students graduate. This piece of art is one that represents the clean cut history and existence of Winters College. 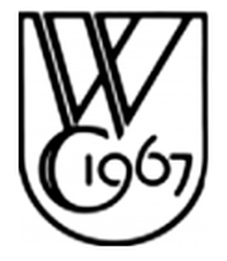